skip to main | skip to sidebar

After dividing Sudan, U.S. and Europe intend to divide Egypt 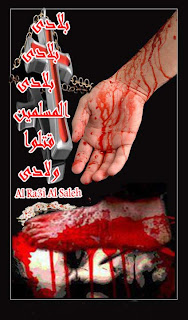 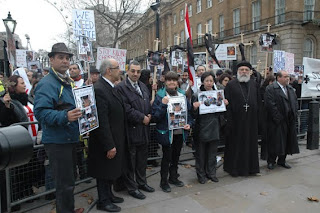 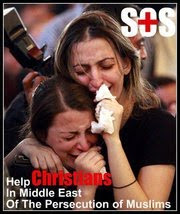 Coptic leaders call for the creation of an independent Coptic state in Egypt, Islammemo reports.

They plan to combine the date of its creation with the referendum on the secession of southern Sudan (where Christian militias are acting) and to announce the formation of a constitutional body, involving hundreds of Copts living in Egypt and beyond.

They call for the establishment of a state similar to Vatican which is to be independent from the government of Egypt.

A newspaper "Egypt" reported that sponsors of the creation of a so-called "Coptic state" are Coptic leaders, known for their pro-"Israel" stance who permanently call for interference in internal affairs of the country to protect Egyptian Copts.

Among them is Morris Sadek, chairman of a so-called Coptic National Assembly,
The statement was made on Sunday during a march organized by the Copts in support of a call by the Roman pope Benedict XVI for international intervention to protect the Christians in Egypt as a sign of protest against "mass Islamic killings".

The authors of the idea to create the "Coptic state" stated:

"The state will include self-government of Copts in Egypt. The "state officials" will also work at home and abroad to support the idea of creating a new state of Egyptian Copts. It will be at the same level as the state of Kurds in Iraq".

According to the plans by the authors of the idea of "independence", Egyptian Copts will live in the same areas along the Egyptian border and will have political organizations that are independent from the central authorities and are based on self-government. They will also create special Christian courts and appoint Christian judges who will judge according to a so-called "holy scripture".

The laws, based on the "French law", are offered for practice in civil courts. Criminal must use a so-called "international law", and various other courts will consider litigations between Muslims and Copts.

In addition to the public ministry, other institutes are to be established, including Coptic universities and schools.

It was stated that the Coptic schools and universities would have a right of education of the youth and teach in the Coptic language in order to remove the "occupation Arabic language" .

According to the idea, the "Coptic state" will send Coptic ambassadors to all the countries of the world, as Vatican does.

The Coptic leaders are to meet members of the US Congress and a "Committee for Free Practice of Religion" to discuss a possibility of a support from the United States and European countries for the creation of a new Coptic state during this week.

The authors of the call for the division of Egypt ended their statement by thanking the head of Vatican and the French president, Nicolas Sarkozy, for "supporting the Copts".

namcopticas1
Mr. Morris Sadik is one of Egypt's leading human rights advocates. He is President of the Egyptian Center of Human Rights for National Unity in Cairo. In October 1999, he became Advocates' Counsel for Middle East Affairs with a special focus on Egypt, as well as a director of our International Institute for Law. He is a fearless scholar and a recognized expert in constitutional and human rights law. Working as a team, Morris and Nagi have already scored a major victory this October when they joined forces to defend Adly Shakir, a Christian sentenced to death for a crime he did not commit. As a result of Morris's advocacy before the Supreme Court in Egypt and Nagi's networking in Washington on Capitol Hill and among the diplomatic community, Mr. Shakir's death sentence was reversed. But the battle for Mr. Shakir's life is not over. A new trial is set for January. In addition, Nagi and Morris are working on the infamous Al-Kosheh incident, in which 1,200 Christians were tortured. Advocates International Morris Sadek Esq is apresident of national American coptic Assembly - non profit org Email - morrissdk@gmail.com